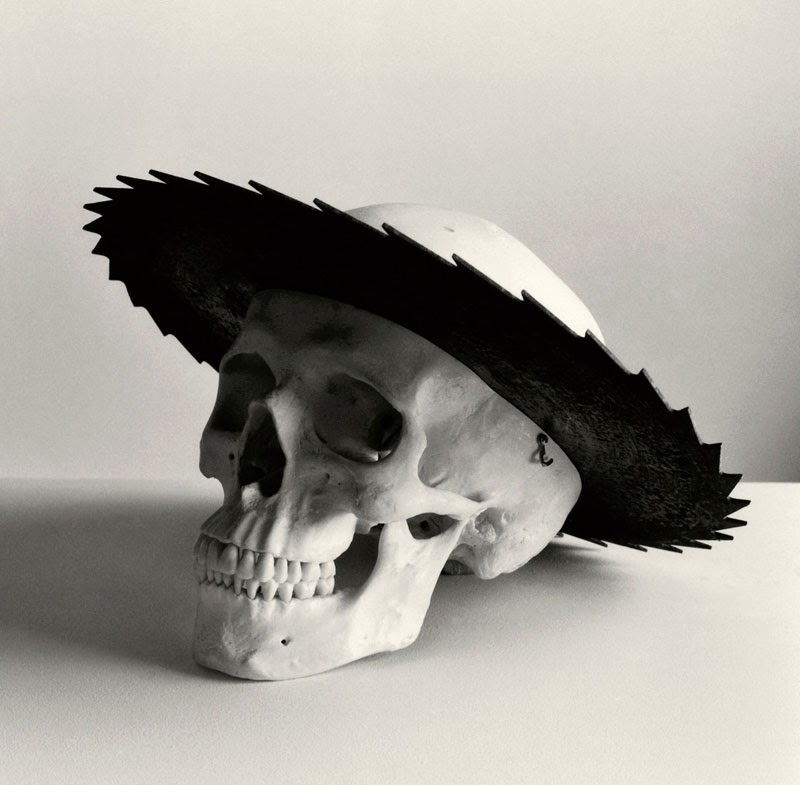 The photographic art of Chema Madoz Madoz (Madrid, 1958) concentrates multiple images, apparently simple, but that produce other realities. Poetic and visual language that helps us discover other dimensions of our short reality: to create is to generate a state of availability, in which the first created object is emptiness, an empty space. At moments the images created by Madoz are enough and overlap themselves; others help us to move on to their reality, to enter that space of emptiness that only the artist recognizes. A cane serves as a handrail, a swing book, a glass vessel floating on the water, a map that serves as a map: the object causes the shot and creates an image that will communicate us with another, perhaps implicit, before us invisible. In other moments, the simple image takes us to two or three different images, but they communicate with each other in the same aesthetic dimension.

Madoz has been National Prize of Photography in Spain, 2000, PHotoEspaña Prize, as well as the first living Spanish photographer to whom the Reina Sofía National Art Museum dedicated a retrospective exhibition. His work in the photographic field begins in 1990, after a few years of study at the Image Teaching Center. He has exhibited at the Real Sociedad Fotográfica de Madrid, the Fine Arts Circle, the Moriarty Gallery or the Canal de Isabel II, as well as other museums, galleries and international art fairs, such as Fotofest (Houston) or the Pompidou de París, between others. In addition, his work can be seen in the Fundación Telefónica, the Andalusian Center of Photography, the Juan March Foundation, the IVAM, the Ministry of Culture and the Fine Arts Museum of Houston, among others.

One of the most surprising photographs of Madoz – many have no title – is where he confronts the void of a mirror with the reflection and detention of a staircase. The image is already a visual response. One seems to hold the mirror, this one to the staircase, and both to time. “I’m interested – says the artist – to make images that do not run out despite having them in front”. Poetic complicity that forces us to think about our emptiness, our daily experience. Meditation by Madoz has achieved, in a long, secret, long effort to perceive the visual poetry of the objects, a great aesthetics of the forms. And from that effort, from that radical adventure, the rigor and spiritual tension of so many of his compositions are born.

The overlay of poetic and visual images is repeated, for example, in another excellent photograph: a standing coffin holding a clock; or rather, the two objects rest in the same space. But what unites these two images is the meaning of life, of time: an instant that stops in the same direction: time. “It seems to me that it is more evident that the spectator is facing a reworking of reality, marks a certain distance, relates it more to an image that has to do with the oneiric, the dream or the idea of ​​reality,” says Madoz. And it is a black and white image is more timeless than one in color that, with the passage of time, gives you “many more data to make it concrete in time”. It does not make sense in the art of Madoz to speak of abstraction or figuration. The form does not appear: it is. The form is photography. The object is the visual poetry that each image gives off. Perhaps in modern art no other photographer has taken this process of unification between photography and poetry to such an extreme that it would be at the same time a process of union with art itself. But returning to the inner image, when observing carefully, one perceives the flicker of time, its unstoppable, invisible step, but that helps to discover the passage of life and the accelerated and slow path of time. The other half is fantasy, a range that goes from visual humor to the poetic invention of our own reality.

Among his amazing photographs there is one that shows a box glove with a pen on a book. The visual poetry that this image contains is overwhelming, bordering on the mystical side of the image and the sacred content. The fallen glove stops a feather and that feather is silent. Silence is clamor, says Baudelaire. Image that provokes multiple images. Below, a book that makes up a true epitaph of devotion to writing, to the word. Great visual and verbal success. Set of symmetries and oppositions.

In the aesthetic-poetic discourse of Chema Madoz, the appearance of objects and their relationship with photography is an attempt to penetrate deeply, with the resources that are his, in reality. In the same way that the poet transforms the commonplace into an image beyond his everyday sphere.

Each photo of Chema Madoz is full of secret powers that guide us to unknown and impenetrable worlds, Perfect correspondence: the two are reflected in his photographs. They do not say words, they draw objects, they create poetry. The photo is a metaphor: the object is a myth and the visual composition is its response. I think that photography, like poetry, does not exist if it is not heard before its word, its silence. The real simplicity is in the concept. A clear concept The clearer the simpler idea may be the result. The idea of ​​simplicity can be relative in art, since very complicated things can be basically simple; simple because there is an exact relationship between expression and concept. To retain, to see, to illuminate, to illuminate, that is what photography consists of. Of course, Chema Madoz tells and shows the story: momentary instants, apparent realities, visual poems. Everything is linked and unlinked, as Octavio Paz says, so that the viewer of these photographs have the fortune of being part of a visual universe that seeks to extract from itself its clearer and more defined poetic meaning of recent years within contemporary art . Simply a poet who plays with the images.